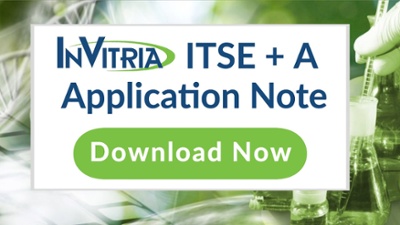 Fetal bovine serum contains an abundance of critical proteins and components that are crucial for promoting optimal cellular proliferation in ex vivo applications. For example, insulin promotes uptake of glucose and amino acids. Transferrin delivers intracellular iron, via the transferrin receptor, to drive cellular respiration. And albumin—the most abundant serum protein—delivers lipids for energy, has high antioxidant capacity, and binds to toxins, among other functions [1-4]. Other critical serum components include selenium, required for activity of various antioxidant enzymes, and ethanolamine, which is a phospholipid precursor.

However, increasing recognition of the risks of unwanted contaminants in serum sourced from animals has driven a push to reduce or eliminate the use of serum in primary cell-culture systems. To avoid loss of cell-culture performance associated with reducing or eliminating serum, it is necessary to add a defined supplement containing recombinant versions of the critical serum components discussed above. To address the functionality of growth media after serum reduction or replacement, InVitria has created a defined supplement containing the recombinant serum proteins insulin, transferrin, and albumin plus selenium and ethanolamine, incorporated in a convenient liquid concentrate called “ITSE + A”. This supplement contains all of the critical serum components in one solution. All of the protein components are synthetically manufactured using recombinant DNA technology in an animal-free host. This product enables the reduction of serum and its associated contaminants from primary cell culture and leads to improved ex vivo cellular analyses. Reduced-serum conditions were tested for culture of fibrosarcoma and hybridoma cells in comparison to standard 10% FBS growth media. As shown by increased doubling time (i.e. slower growth), fibrosarcoma were sensitive to an 80% reduction in FBS; however, when ITSE + A was added to the reduced-serum media, their performance was comparable to cells cultured in 10% FBS (Figure 1). Similarly, hybridoma were able to proliferate even when serum was reduced by 90% when media was supplemented with ITSE + A (Figure 2). Combined, these results show that the addition of ITSE + A enables significant reduction in serum supplementation, for multiple cell types. By replacing the most well-known serum proteins and components with defined, recombinant sources, cell viability and proliferation can be restored in reduced-serum cell-culture applications. Atherly Pennybaker is a Product Applications Scientist with InVitria. At InVitria she enjoys leveraging her scientific background to help customers successfully transition to blood-free, chemically defined systems. Prior to InVitria, she received a Bachelor of Science in Chemical and Biological Engineering from Colorado State University. During her time there, she conducted undergraduate research in tissue engineering where she co-authored a paper on the osteoinductivity of an engineered biomimetic periosteum. She also worked on the design of a natural cell and tissue scaffold by means of electrospinning demineralized bone matrix.